Logline: Pakistani folk artists talk about their struggle to keep a fading art form a live while reminding the world what they are about to lose.

Shot in over 15 locations across Pakistan, Indus Blues is a musical feature documentary highlighting the plight of the folk musicians and craftsmen of Pakistan and the state of their dying art.

The diverse cultures around Indus, with over 70 spoken languages, have deep roots going back centuries. Despite the richness of the various cultures flourishing along the mighty Indus river, their sounds have faded to the background in a world dominated by modern musical instruments. Filmmaker Jawad Sharif takes us on a journey spanning a thousand miles from the Karakoram Mountains to the southern coastline, capturing the little-known ethnic, linguistic, and musical diversity and humanism of the cultures of the Indus.

In Pakistan, a country riddled with political turmoil, economic challenges, and social identity crisis, folk musicians and instrument craftsmen find it hard to survive and sustain their art. We hear accounts of the struggle of the featured artists with terrorism, economic difficulties and social issues surrounding music and dance. Each one of them affecting their survival.

Indus Blues is a film unlike any other because not only does it showcase the unique performances of these rarely seen musical instruments but also take the audience on a trip across the landscape of Pakistan. In many cases, these performances feature the last remaining maestros playing their respective instruments. Indus Blues is an exploration of this age-old musical tradition and its state in the modern world

Jawad’s documentary explores an issue that wouldn’t have come to attention
otherwise. It truly gives a voice to the voiceless,

The director’s story telling style of direction made this documentary a
beautiful and heart-rending watch. I recommend it to anyone who cares about
music. 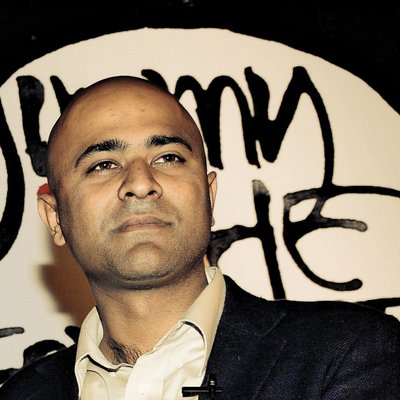 Indus Blues is an aural and visual delight; Sharif has a wonderful eye for visual composition.

Omair Ahmad
The Wire, India
Next ProjectK-2 & The Invisible Footmen